Remember Highlights? It's a children's magazine that I always found in the doctor's office when I was younger. It had a section called Hidden Pictures in which you had to find the differences between two almost identical pictures.

In the spirit of Highlights, here are two pictures of my home in Denver. The first was taken before it was purchased. The second was taken a few weeks back. I've already circled the differences so you don't have to pull your hair out.

So, what actually is missing? An 80 year old silver maple tree.

We got a letter from the Denver Parks Department in April, 2007 telling us that the trunk of this tree was hollow and a danger to the community. We needed to choose one of the approved tree removal companies and take it down within 45 days. It was a real sad time as we collected bids from a number of companies; not only for the loss of the tree but for us as well. We were getting quotes upwards of $2000.

I called the arbor agent and told him that the expense was way beyond our budget. He mentioned that if we did nothing, the department would remove the tree for $903. Uh, can I get that in writing?

So we did nothing and sure enough on June 2, this was confirmed in a letter. And on July 6-7, the tree was removed. On July 9, the stump was ground down. Here are some pictures I took of the process. 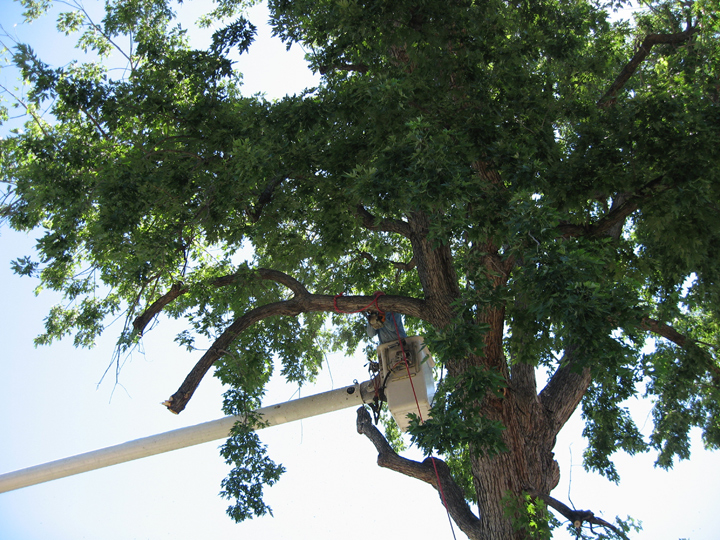 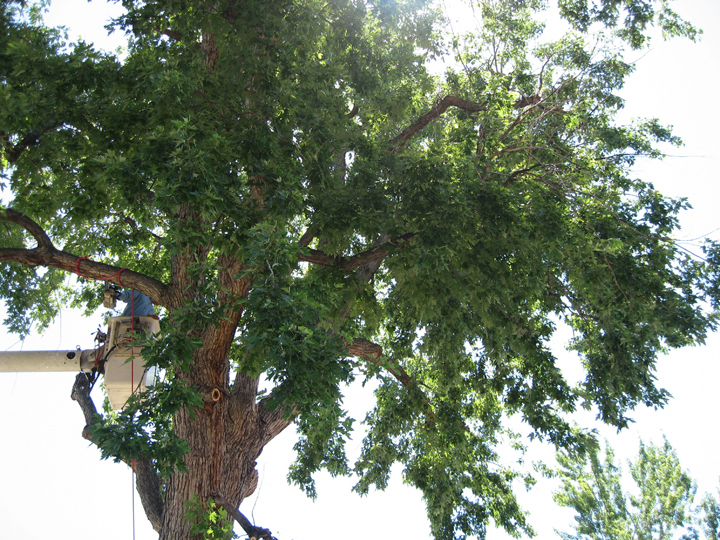 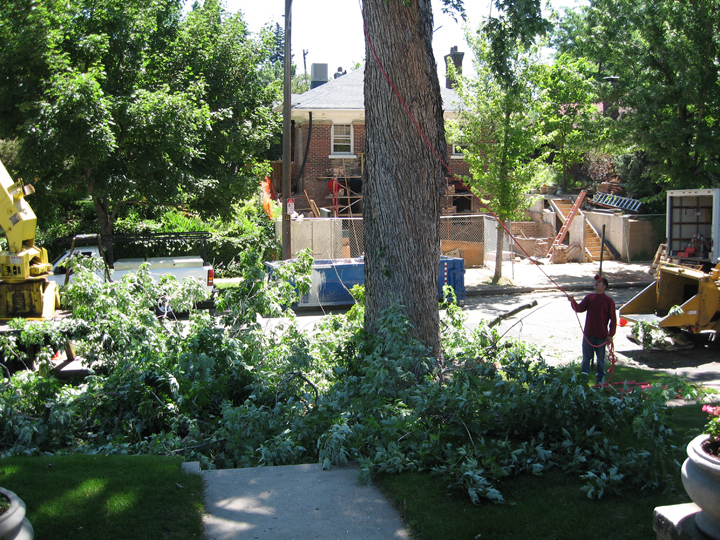 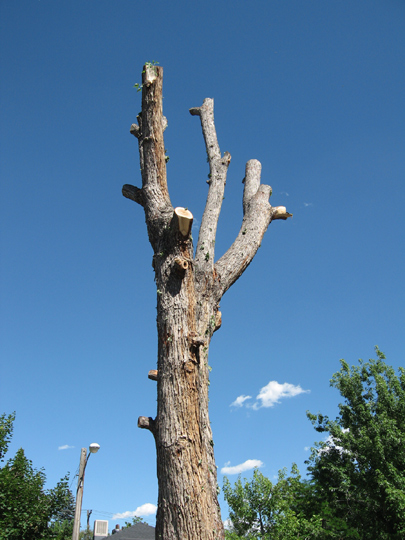 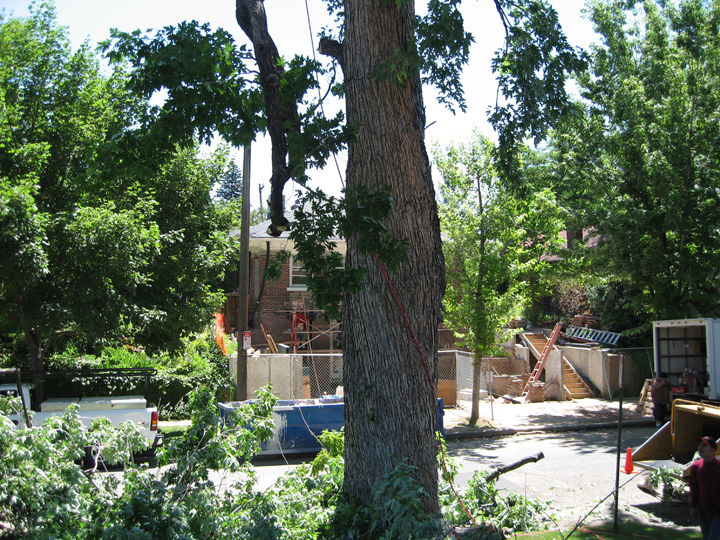 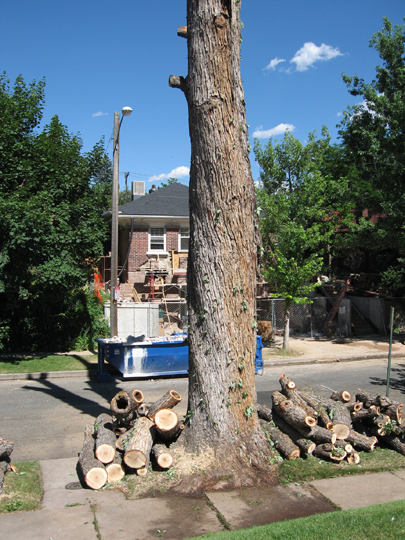 We were able to use some of the branches to line the plant beds in our backyard so the tree's spirit is still around. But never again will our home be shaded by the canopy of a silver maple tree. (You can no longer plant these trees in the city of Denver.) Nor will the bees, who lived in the trunk longer than we lived in the house, have a home as I explain in this video.